Things to do in Tuscany | Italy 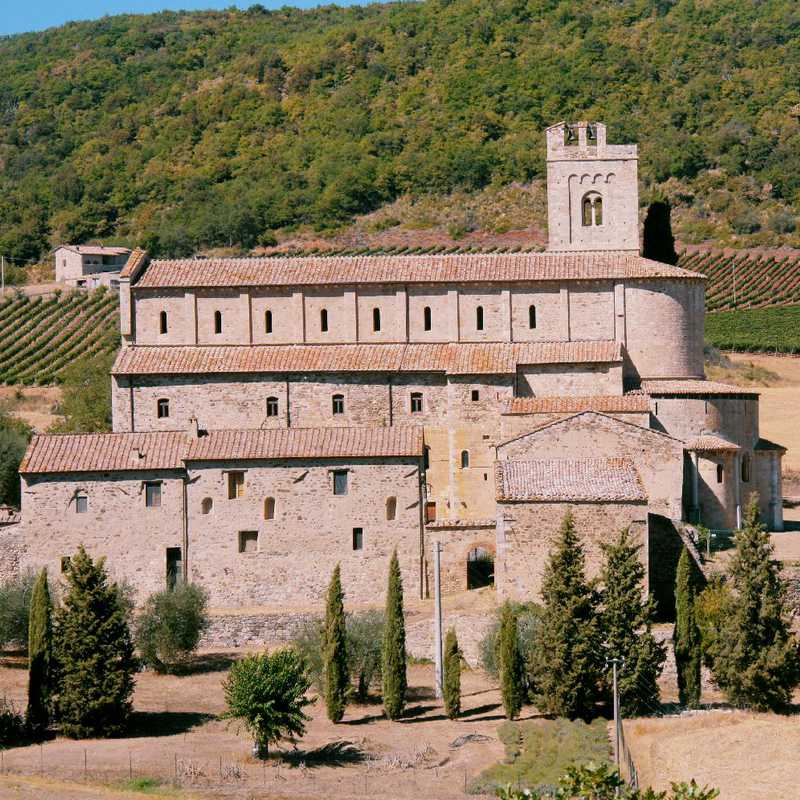 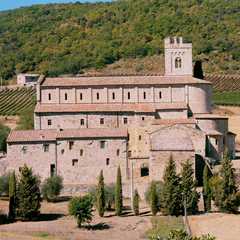 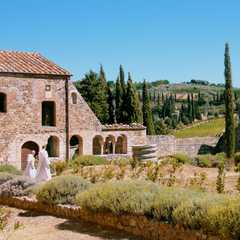 Abbazia di Sant'Antimo (the Abbey of Sant'Antimo) is a beautiful Romanesque monastery , in a picture-perfect setting just south of Montalcino. The origins of the abbey are obscure and various accounts exist. The most popular version traces the founding of the abbey back to Charlemagne , also known as Charles the Great. In 781, Charlemagne was returning from Rome along the Via Francigena . While camped near Monte Amiata, many in his court and army were struck down by a plague. During the night, an angel appeared to the Emperor in his dream and recommended that he pick a particular grass, dry it and then make an infusion with some wine to be drunk by the soldiers. He did this and the army was cured. In return for an end to this scourge, the Emperor promised to found the abbey.

In the abbey today lives a goup of white-robed monks of the Olivetan Benedictine order. The monks chant prayers at scheduled times during the day, which has become a major attraction for the abbey. We attended the chant at 245pm and it was a beautiful experience that we highly recommend.

Plan your visit of the abbey accordingly so that you can catch one of the Gregorian chants. Each chant is about 10-15 mins long.