Casa do Polvo Tasquinha is a restaurant in Santa Luzia, Faro District, Portugal. 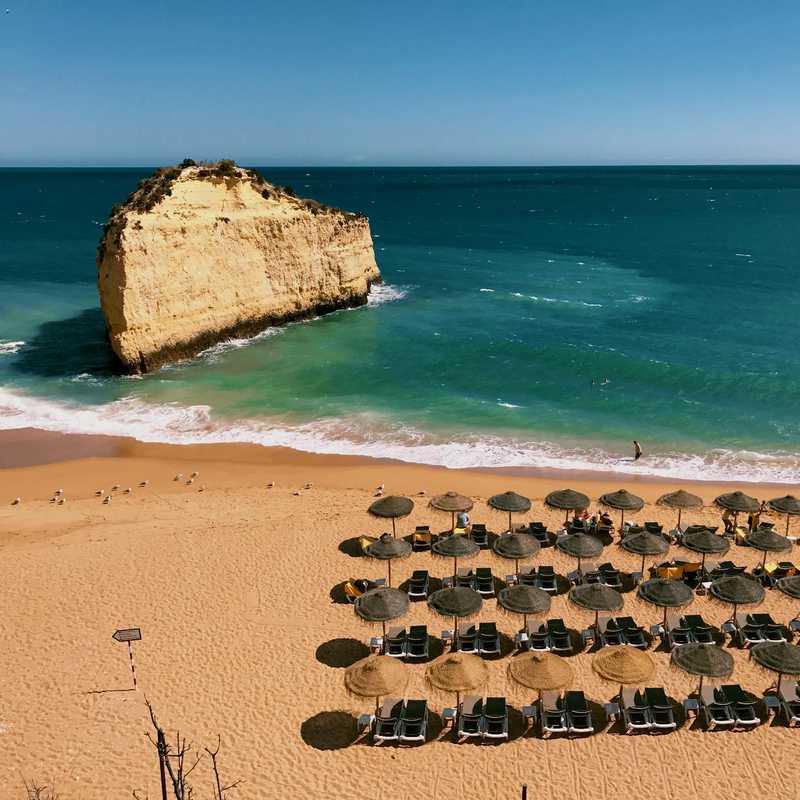 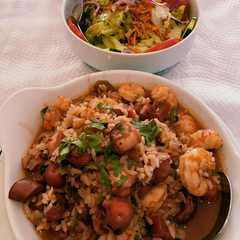 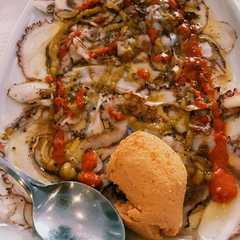 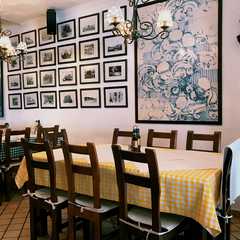 Santa Luzia (a town adjacent to Tavira) is called the "capital of octopus". Since we both loved octopus, it was a must-stop for us to get lunch.  We originally planned to try the #1 local restaurant on Tripadvisor, Polvo & Companhia ('Polvo' is octopus in Portuguese),  but accidentally went to the restaurant next door because it seemed much busier than Companhia. We realized the mistake after we sat down when I tried to ask for a dish shown in a TripAdvisor picture. The waitress was very nice about it - said the dish was from the restaurant next door and it would be totally ok if we wanted to go there. The table next to us overhead our conversation with the waitress.  They told us that Polvo Tasquinha was actually the better one of the two despite Tripadvisor rating is better for the one next door. We decided to stay and ordered 4 dishes ... all had octopus but prepared different ways. Every one of them was delicious and we were "octopused out" by the end of the meal. The octopus rice was probably the best dish... the taste of octopus really went in the rice/sauce. The owner told us that the restaurant consumes about 22 tons of octopus a year ... one octopus is about 1-2 kg. So that's about 40 whole octopus a day.