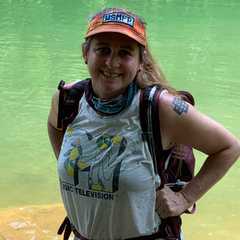 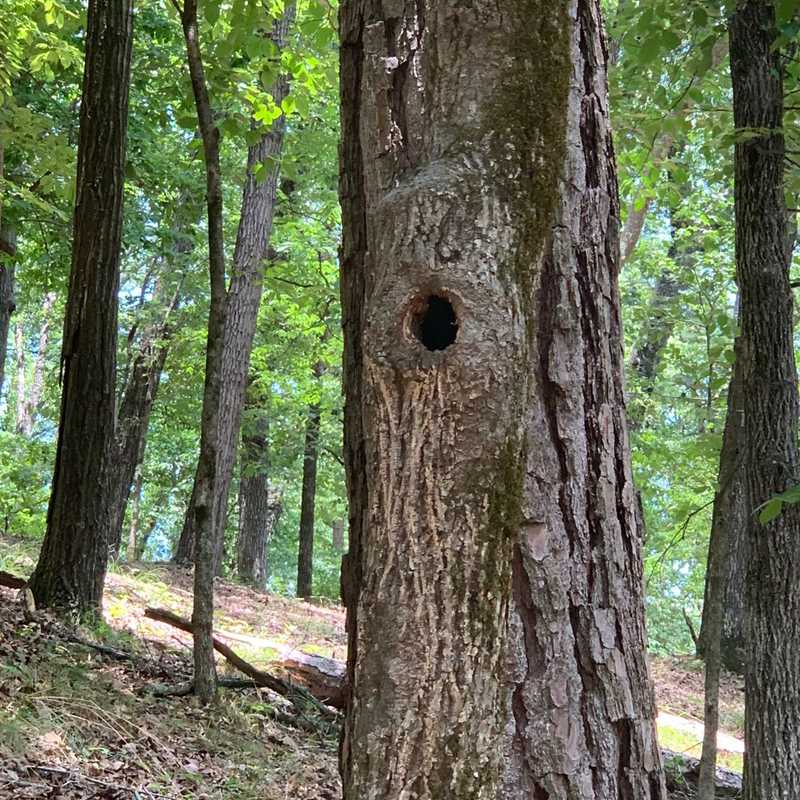 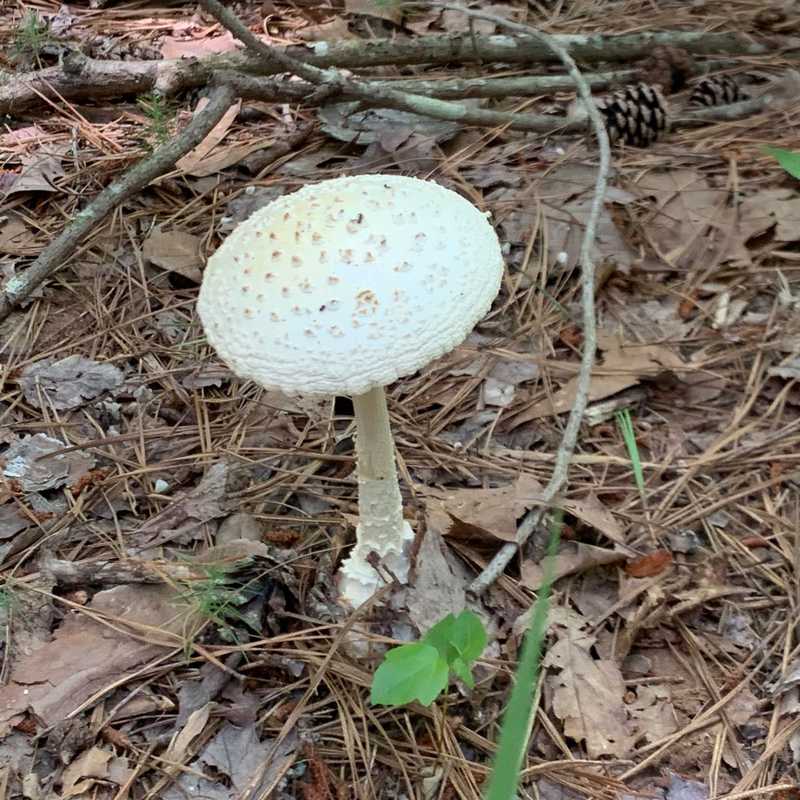 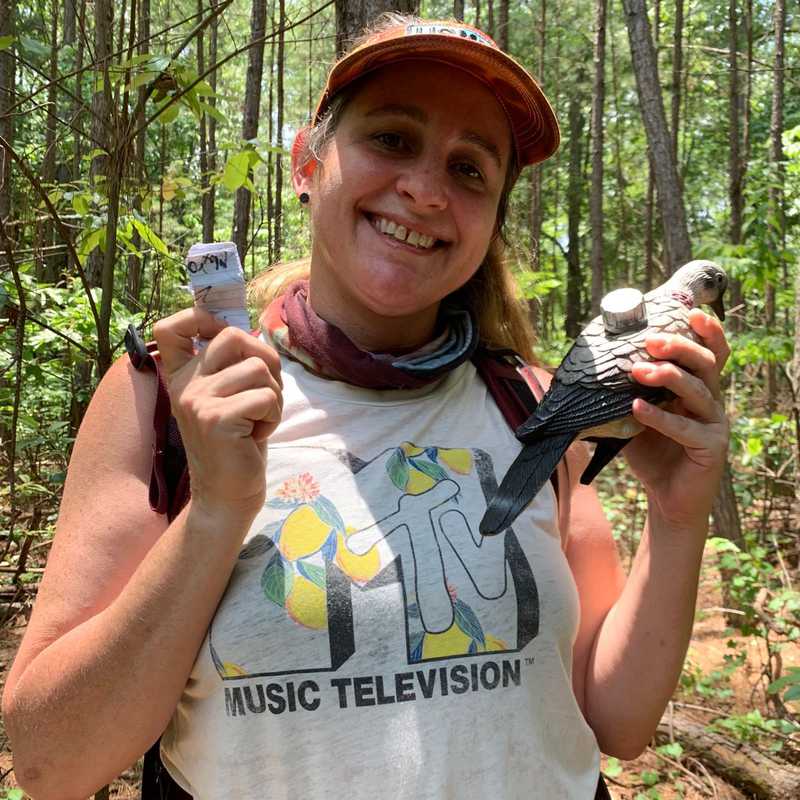 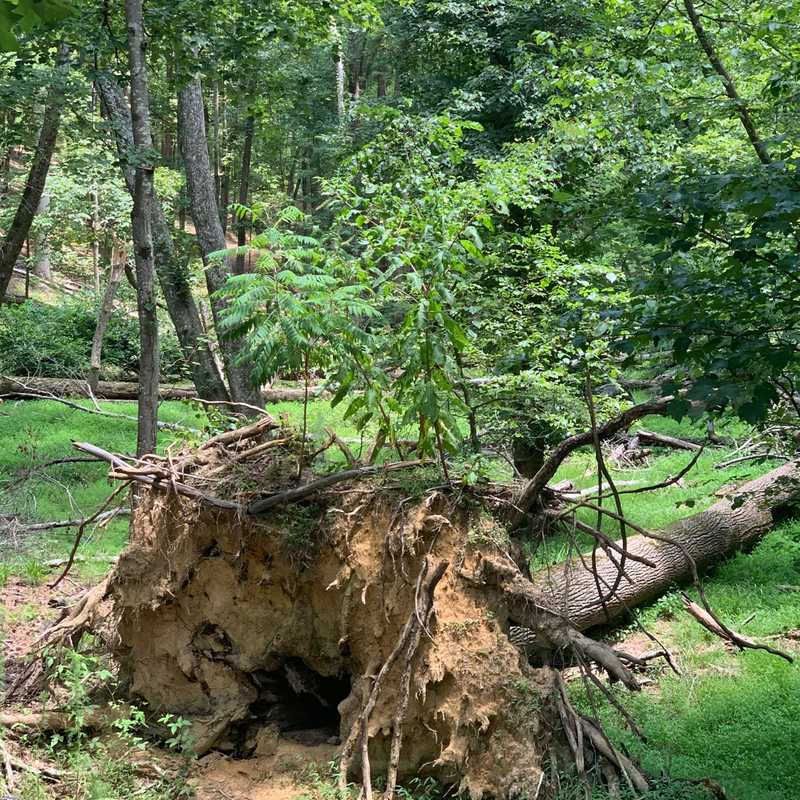 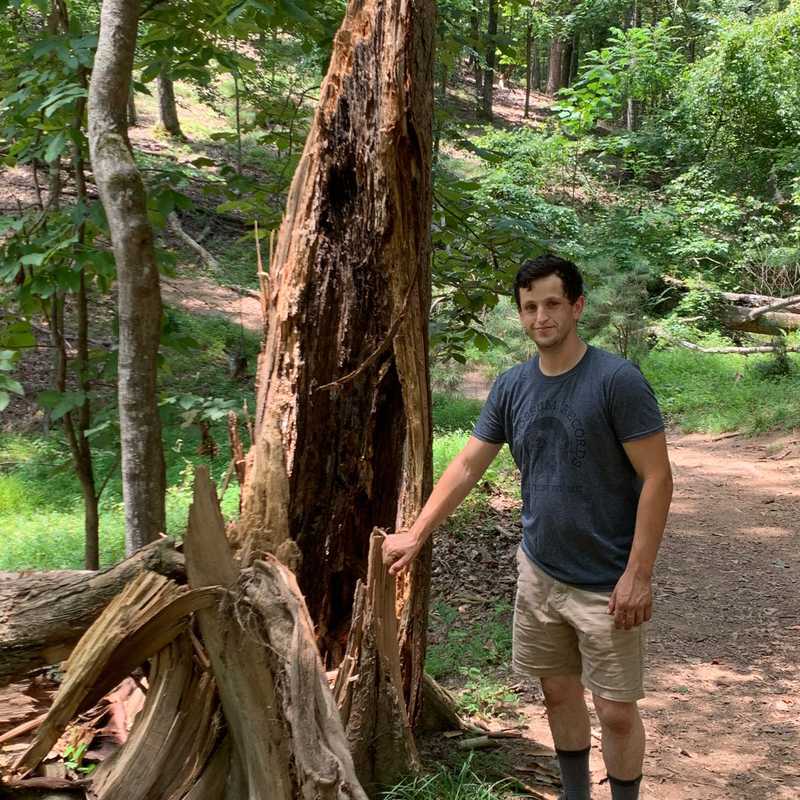 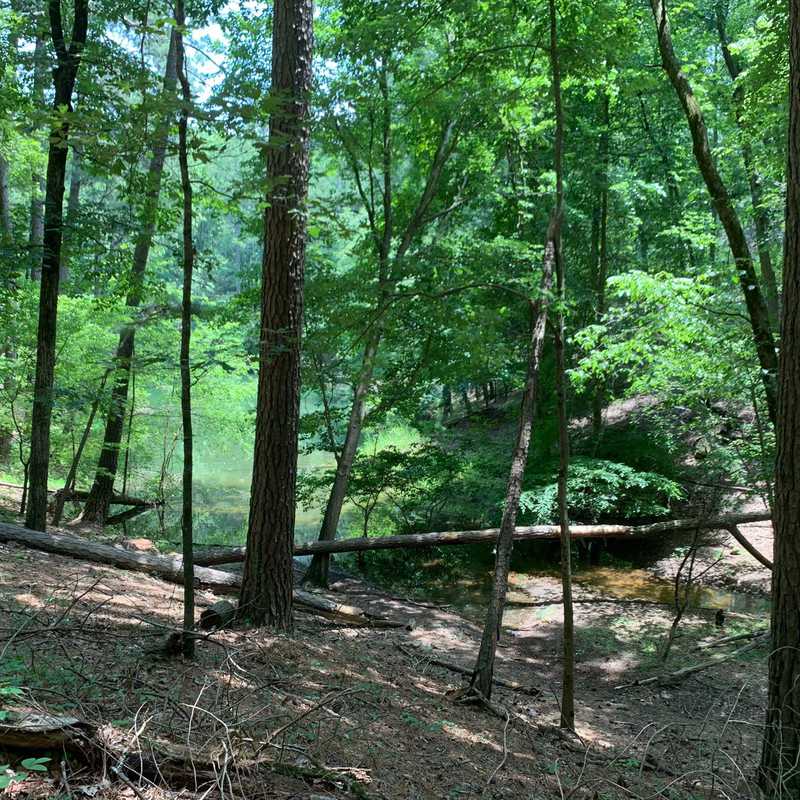 With a high today of 91 in the humidity of Georgia summers, it maybe wasn’t the ideal day to go for a long-ish hike, but a good time was had nonetheless.

Phil and I drove up to Red Top Mountain Park alongside Lake Allatoona, which was particularly crowded - the beach was actually so full it had been blocked off. I wanted to check out the Visitor’s Center, but it was closed, however maps for our use were laid outside on a table.

There are a few trails to choose from, and Phil picked the longest one, Homestead Trail. It took a nice path alongside the lake, so we went for it. The total mileage was 5.5 but I admit we skipped a random part of it that was on the other side of the Visitor’s Center and went briefly on Red Gum Trail instead (making up some of the steps we missed) to head onto Homestead Loop.

Whoever made these trails must have been a whimsical creature. You are often going up and down and twisting and turning through the woods. It’s hard to get your bearings without a compass. Most of it is heavily shaded, which is great, and there are some beautiful views of the lake both low and high. We saw three deer throughout the course and several baby toads. There were a couple pretty streams, but also quite a few downhill dry creek beds I bet are absolutely gorgeous when water is running through them.

Notably I decided to try out geocaching for the first time. While we missed some on the trail, we did however find two! The first one was a “Bird Watcher’s Special.” We both spotted it at the same time, but Phil got his hands on it first. No trinkets hidden inside, it was a small space but super cute. The second one we had to go even further off the path to find. It was called “Y?” and while I beat around the bush (literally) Phil found it rather quickly! It had tiny treasures inside and I was prepared with some to exchange, so I traded one of my charms for a little glass handmade magnet. But in the end, Phil went 2-0 in the unofficial geocaching competition today.

Overall, it was a beautiful trail and fun, relaxing day. Relaxing for the most part, but the hike was grueling at times. I stayed well hydrated and I also had fun documenting Phil at mile markers where it seemed we were just going farther out and would never make it back.

I would love to do this trail again for it’s rich views and to try and snag the other geocaches out there - but definitely in cooler weather!